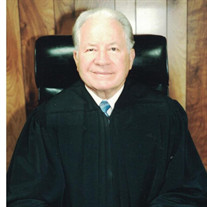 Hon. Stephen Daniel Mihalic, Sr. Stephen Daniel Mihalic, Sr. was born on October 30, 1924, and passed away Thursday July 8, 2021, into the loving arms of our Lord and is reunited with his parents, Thomas and Margaret Mihalic, along with his beloved son, Stephen Jr. Steve lived a fulfilling life though eight popes and 17 Presidents. Stephen enlisted in the US Navy during WWII as a Machinist Mate 2nd Class traveling the Atlantic and the Pacific on USS Latimer Naval Ship. He visited England, Scotland, and Whales before he was honorably discharged. Steve had many titles in his life. When he was 17 years old, Steve, along with his brother Willie, were members of the Pittsburgh Lyceum Boxing Club. Steve was in the 160 lb weight class. He and his brother were also owners of Mihalic Brothers General Hauling & Coal, where they drove around selling and delivering coal to residents. He was also the owner of Mihalic’s Tavern in Logstown and part owner of the Golden Dawn grocery store in Center Township. Steve was elected to the Aliquippa School Board for 6 years, serving one year as president. Stephen began his career of 45 years in law as a Beaver County Detective for 15 years. In 1975, he was elected as District Judge serving Hopewell and surrounding communities for 18 years. He was the first District Judge to hear Preliminary Hearings in Central Court at the Courthouse. Following his retirement in 1994, he served as a Senior District Judge for 12 years. In addition, he served on the Hopewell Township Civil Service Commission, interviewing candidates for the Police Department. Stephen was a faithful member of Our Lady of Fatima Church, Saturday Night Ushers, and Knights of Columbus. Besides his parents, he was preceded in death by his dear son, Stephen Jr. in 2001. Two brothers and sister-in-law, Thomas and William (Eleanor) Mihalic. Three sisters and brothers-in-law, Wilma (John) Siranovich, Theresa (Anthony “Butzie”) Plese, and Elizabeth (Edward) Roginski. Stephen leaves behind his loving wife of 64 years, Catherine (Ozenich) and his daughter, Mary Lou and son-in-law Andrew Kondracki. Three cherished granddaughters of whom he was so proud, Emily, Jennifer, and Ashley Kondracki. He also leaves behind many loving nieces and nephews, relatives, and friends. The family would like to thank Amanda and Casey of Visiting Angels, the staff of Concordia Visiting Nurses, and the loving care he received from the staff of Good Samaritan Hospice. In lieu of flowers, the family suggests donations be made to Good Samaritan Hospice, 1000 Dutch Ridge Road, 4th Floor, Beaver PA 15009. Visitation will be held on Sunday from 1-6 PM in the ANTHONY MASTROFRANCESCO FUNERAL HOME INC. 2026 McMinn Street Aliquippa PA 15001 724-375-0496. Departing prayers will be held Monday at 9:30 AM in the funeral home. A mass of Christian Burial will be held at 10AM in Our Lady of Fatima Catholic Church. Entombment at Mt. Olivet will immediately follow.

The family of Stephen Daniel Mihalic Sr. created this Life Tributes page to make it easy to share your memories.

Send flowers to the Mihalic family.