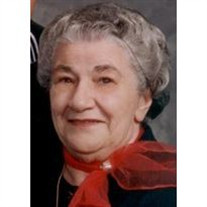 Rose (Fillipelli) Fratangelo, 87 of Center Twp. Went home to be with the Lord on May 31, 2015.She was born February 12, 1928 in Beaver Falls and was the daughter of the late Guiseppi and Giovannina (Negro) Fillipelli. In addition to her parents she was joyfully reunited with her beloved husband Amerigo "Mimie" Fratangelo her cherished daughter and son-in-law: Angelina "Gingie" and Paul Simonich. Two brothers: Frank and Ernie Fillipelli, a sister and three brothers-in-law: Angeline and Robert Roser, Robert Pedaline and Nick Bilotto.Rose was a member of Saint Frances Cabrini Roman Catholic Church, Center Twp. Rose was also a devoted member of Saint Anthony Congregation, West Aliquippa.She was a resident of Friendship Ridge where she enjoyed crocheting, sewing, playing bingo, bowling and the horse races. Rose was blessed to have formed a special friendship with Gladys Lott while she was at Friendship Ridge. The two of them were inseparable and shared many fun times together.At the young age of 84 Rose participated in the Special Olympics that were held at Friendship Ridge and proudly won several medals.She is survived by her devoted daughter and son-in-law: JoAnn and Larry Keyser, Center Twp. A granddaughter and her husband, Mary Louise and Chris Cronin, Hopewell Twp. And two great grandchildren. Rose is also survived by two brothers and sisters-in-law: Lou and Joan Fillipelli, Patterson Heights, Ralph and Mary Fillipelli, Patterson Twp., Two sisters, Theresa Bilotto, Bedford, PA and Margaret ?Peggy? Pedaline, Rochester along with numerous nieces and nephews.Friends will be received Tuesday from 3-7 p.m. in the ANTHONY MASTROFRANCESCO FUNERAL HOME INC. 2026 McMINN STREET, Aliquippa. Departing prayers will begin 9:30 a.m. Wednesday in the funeral home followed by a Mass of Christian burial at 10:00 a.m. at St. Frances Cabrini Church with Father Martin Bartel O.S.B. officiating. Interment will follow at Mt. Olivet Cemetery. A parish vigil service will be held at 2:45 p.m. Tuesday in the funeral home.A special thank you to Karen Hopkins and the staff on 2 Main at Friendship Ridge for the loving care that was given to Rose.

Rose (Fillipelli) Fratangelo, 87 of Center Twp. Went home to be with the Lord on May 31, 2015.She was born February 12, 1928 in Beaver Falls and was the daughter of the late Guiseppi and Giovannina (Negro) Fillipelli. In addition to her parents... View Obituary & Service Information

The family of Rose Fratangelo created this Life Tributes page to make it easy to share your memories.

Send flowers to the Fratangelo family.