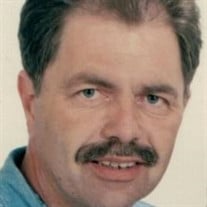 May the winds of Heaven blow softly and whisper in your ear how much we already miss you and wish that you were here. Roland W. Williy, Jr. 62 of Beaver passed away peacefully at home surrounded by the love of his family on October 1, 2017. Roland was born January 24, 1955 in Aliquippa and was the son of Roland W. and Stella (Shriver) Williy, Sr. Preceding Roland in death was his father-in-law and friend: Angelo “Blackie” Mansueti. He was a member of St. Titus Roman Catholic Church and the Holy Name Society. Roland’s impeccable work ethic began right out of high school as a Millwright in the Seamless Tube Department at J&L Steel Works. At the age of 29, Roland began his life-long career as an auto mechanic at Jimmy’s Pennzoil, along-side owner Jimmy Mansueti. Years later, Roland purchased the shop and it became Roland’s Auto Repair. Roland was a self-employed business owner for 25 years. Roland’s two sons proudly began working along-side their father as soon as they were able and continue to operate the business today. Roland’s Auto Repair was, and still is, so much more than just a repair shop. It is a gathering place for good friends and lots of memories. Roland had a huge heart and much generosity that he shared with everyone. Work was a huge part of Roland’s life, but family was so much more. When Roland wasn’t at the shop, he enjoyed spending time with his wife, boys, and good friends Chuck and Bev Irwin at their cabin up north. Roland is survived by the family he treasured: His beloved wife of 34 years, Tamie (Mansueti) Williy, Two loving sons: Christopher M. Williy, his fiancé, Alison Hoyt and Jeffrey A. Willy. In addition to his wife, children and parents. Roland he is survived by ao sister, Lillian Williy, a brother, Jim Williy, a sister-in-law and two brothers-in-law: Leah and Frank Dipofi , nephews Craig (CJ) and Vincent Dipofi, VA, Michael Mansueti, Aliquippa and a special dog Bayne. Roland is also survived by a long-time family friend Frank Sepesy. The family would like to extend a special thank you to Mother Teresa Hospice and a dear family friend, Sydney Sutter, for the exceptional care that they provided to Roland. Visitation will be Wednesday from 3 to 8 in Anthony Mastrofrancesco Funeral Home Inc. 2026 McMinn Street, Aliquippa 724-375-0496. Departing prayers will begin Thursday at 9:30 a.m. in the funeral home followed by a Mass of Christian burial at 10:00 a.m. at St. Titus Church with Father Martin Bartel, O.S.B., Pastor officiating. Entombment will follow at Mt. Olivet Cemetery. I fought a good fight, a cure was not to be, that’s when God whispered, “Come with me.”

May the winds of Heaven blow softly and whisper in your ear how much we already miss you and wish that you were here. Roland W. Williy, Jr. 62 of Beaver passed away peacefully at home surrounded by the love of his family on October 1, 2017. Roland... View Obituary & Service Information

The family of Roland W. Williy Jr. created this Life Tributes page to make it easy to share your memories.

May the winds of Heaven blow softly and whisper in your ear how...

Send flowers to the Williy family.