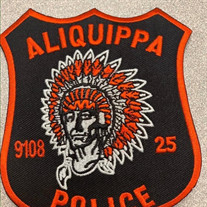 Robert William Sealock, 49, of Aliquippa, passed away unexpectedly after a brief illness on April 11, 2020. Rob was born July 19, 1970, in Maryland, and is the son of Patricia (Croner) Blaha and James Blaha and the late Robert L. Sealock. He was also preceded in death by his maternal and paternal grandparents. He was a graduate of Moon Area High School and honorably served our country in the U.S. Navy. Rob was a police officer with Aliquippa Police Department for 23 years and currently held the position of Chief within the department. He was also a former part time employee at Crescent, Bridgewater and Center Township Police Departments. Rob was a member of the F.O.P. James Naim Memorial Lodge #026. He was also a member of the Masonic Lodge #672. In addition to his parents, Rob is survived by his devoted wife, Donna (Fontana) Sealock; a daughter and son-in-law, Taylor Sealock-Smith and husband Taner; two stepchildren, Jonathan Patterson and Stephanie Snyder, Leslie Patterson and husband Derek Trohaugh; a sister, Coleen Sealock; special aunts and uncles; several nieces and nephews; his father-in-law and mother-in-law, William and Dorothy Fontana, along with numerous loving members of the Fontana family. Rob had many wonderful friends who he cherished like his family. Each of you were important and he loved all of you. We will remember Rob for his warm smile, fun loving spirit and his kindness that was extended to anyone in need. He could light up a room with his laughter. Rob truly treasured all the wonderful times he spent with family and friends and left us with memories we will treasure. The Sealock family gratefully extends their appreciation for the outpouring of love and friendship at this most difficult time. We are indebted for the overwhelming support from fellow officers, officers from various communities, the fire department, EMS, the people of Aliquippa and citizens of the towns and cities that were traveled through while escorting Rob home. In addition, we thank Heritage Valley Beaver, UPMC Hospitals for the exceptional care and kindheartedness that was shown by all who cared for him. Your love, respect and compassion will remain with us. Officer Sealock received his last call on April 11, 2020; we know that he has begun a new journey with everlasting peace and his life will live on as an organ donor. A private service was held at ANTHONY MASTROFRANCESCO FUNERAL HOME INC., 2026 McMinn St., Aliquippa, 724-375-0496.

Robert William Sealock, 49, of Aliquippa, passed away unexpectedly after a brief illness on April 11, 2020. Rob was born July 19, 1970, in Maryland, and is the son of Patricia (Croner) Blaha and James Blaha and the late Robert L. Sealock. He... View Obituary & Service Information

The family of Robert William Sealock created this Life Tributes page to make it easy to share your memories.

Send flowers to the Sealock family.