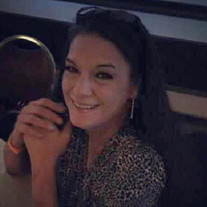 Patricia “Patti” (Barnat) Faiella, of Hopewell Township was called home on July 17, 2021, after an extended illness. She was the daughter of the late Clarence and Mary (Sabatucci) Barnat. Patti was born in Aliquippa, July 17, 1961, and was born into eternal life 60 years later when she passed away on her birthday. In addition to her parents, she was preceded in death by a brother, Michael Barnat. Patti was a Christian by faith. She was formerly employed with TSA at Pittsburgh International Airport and formerly worked as a corrections officer at Beaver County Jail before she became ill. Patti loved accompanying her husband Jim to Italian Festivals where he was invited to play the mandolin. She enjoyed meeting new people, especially those she was able to share the Italian language with. Patti was an excellent cook, and her meals were always enjoyed by her family. Her greatest joy was spending time with her grandchildren. Patti is survived by her devoted husband James Egidio Faiella, her beloved daughter, Ashley Barnat. A step-son, Christopher Faiella. Two cherished grandchildren: Cameron and Ava Barnat. A brother: Anthony (Jewel) Barnat. Two aunts and two uncles: Adela Perciavalle, Elia Sabatucci, Vitale “Vee” (Brenda) Sabatucci, and Donald (Bernadette) Barnat. Three nieces, Michelle Barnat, Antonia Barnat, and Kennisha Walker. Four nephews: Wayna Barnat, Xiyrail Barnat, Darious Walker, Jasmond Cain, many loving members of the Faiella family and a host of other nieces, nephews and cousins in Western PA and Connecticut. Visitation will be held Saturday from 2pm until time of service at 5 pm in the ANTHONY MASTROFRANCESCO FUNERAL HOME INC. 2026 McMinn Street Aliquippa PA 15001 724-375-0496. A GO FUND ME page has been established to assist the family with burial expenses.

Patricia &#8220;Patti&#8221; (Barnat) Faiella, of Hopewell Township was called home on July 17, 2021, after an extended illness. She was the daughter of the late Clarence and Mary (Sabatucci) Barnat. Patti was born in Aliquippa, July 17, 1961,... View Obituary & Service Information

The family of Patricia "Patti" (Barnat) Faiella created this Life Tributes page to make it easy to share your memories.

Send flowers to the Faiella family.