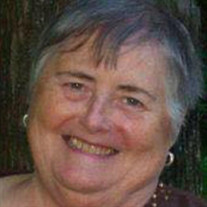 Nina Lee (Snider) Herwig, 81, of Beaver, formerly of Center Twp. passed away peacefully on January 10, 2019 after a courageous battle with cancer. She was born August 1, 1937 in Kittanning, PA and was the daughter of the late Hudson Burdell and Blanche Snider. In addition to her parents she was preceded in death by her husband, Frederick Michael Herwig, a son, Jonathan Michael Herwig, her sister, Nancy Salamon and her brother-in-law, Michael Salamon. Her kind, caring and compassionate nature led to her calling to become a nurse. Nina graduated from Pittsburgh Presbyterian School of Nursing as a registered nurse, and worked for Sewickley Valley Pediatrics and Franklin Park Pediatrics. She was a dedicated member of First Presbyterian Church in Beaver. Nina’s life revolved around family, friends and neighbors, with whom she still remained close. Nina was blessed with thirteen grandchildren and five great grandchildren who became her greatest enjoyment in life. She faithfully followed all of their activities, and extended her love, devotion and support to each of them. They truly were the center of her world and she was extremely proud of all of them. Nina is survived by three loving children and their spouses: Jeffrey and Nancy Herwig, Suzanne and Nicholas DiPietrantonio, Frederick “Rick” and Samantha Herwig, and a daughter-in-law Teri Herwig; grandchildren: Melissa (Gary), Lauren (Mike), Jacqueline (Brian), Jeffrey (Megan), Andrew (Shelby), Josef, Alexa, Isabella, Sydney (Samuel), Jordyn, Kelsey, Janessa and Haley; great grandchildren: Garrett, Austin, Jonathan, Kenley and Miah. Nina is also survived by two brothers and sisters-in-law: Stephen and Bobbie Snider, Rue and Marianne Snider, along with many caring nieces, nephews and cherished friends. The family would like to give a special thanks to Dr. Robert Palguta and Dr. Stewart Lancaster, as well as many other doctors, nurses and staff for their love and care throughout Nina’s journey. Visitation will be Sunday from 2 to 6 p.m. in the Anthony Mastrofrancesco Funeral Home Inc. 2026 McMinn Street, Aliquippa, PA 15001 724-375-0496. A service will be held on Monday at 11 a.m. at First Presbyterian Church, 252 College Avenue, Beaver with Pastor Jeff Arnold officiating. Interment will follow at Sylvania Hills Cemetery. In lieu of flowers, donations may be made to St. Jude Children’s Hospital, Beaver Library, Children’s Hospital of Pittsburgh or a charity of one’s choice.

Nina Lee (Snider) Herwig, 81, of Beaver, formerly of Center Twp. passed away peacefully on January 10, 2019 after a courageous battle with cancer. She was born August 1, 1937 in Kittanning, PA and was the daughter of the late Hudson Burdell... View Obituary & Service Information

The family of Nina Lee (Snider) Herwig created this Life Tributes page to make it easy to share your memories.

Send flowers to the Herwig family.