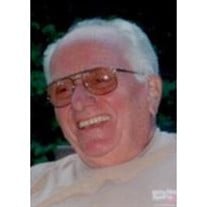 Lawrence “Red” Agostine, 83 of Aliquippa passed away unexpectedly August 2, 2015.Born August 11, 1931 in Aliquippa he was the son of the late Lorenzo and Elvira (Piroli) Agostine. In addition to his parents Red was preceded in death by two special sisters: Alice Fidelie and Emily Hrubovcak.Red was a member of Saint Titus Roman Catholic Church, Aliquippa. He was a U.S. Navy veteran having served our country during the Korean War. Red retired from LTV steelworks where he worked in the 14”mill as a Millwright. Red had a passion for life. He loved meeting people and making new acquaintances. He was kind and always ready to lend a hand to anyone who needed help with a project or a repair to their home. Red took great pride in his home especially during Christmas. One could see the lights that he meticulously strung on his house for all the neighbors to enjoy. Red also enjoyed baking. He would share his special goodies over a cup of coffee when one came to visit him and Josie.The greatest accomplishment Red had in his life was the love, admiration and respect of his cherished family who survive him. He was so proud of his children and grandchildren and would beem with delight whenever he spoke of them. Surviving Red is his beloved wife, Josie (Canavesi) Agostine who he shared 55 years of marriage with. Four loving children: Lisa and David Olack, Larry Agostine, Lynn and Walley Nero, Lori and Patrick “P.J.” Novak. Six grandchildren who were truly the apple of his eye: Ashton and her husband Jeremey, Kristina, Gregory, Benjamin, Ty and Oliva. He was also blessed with a great granddaughter Emma. Red is also survived by a dear sister Delia Agostine and several nieces and nephews.Visitation will be Thursday from 2-4 & 6-8 p.m. in the ANTHONY MASTROFRANCESCO FUNERAL HOME INC., 2026 McMinn Street, Aliquippa 724-375-0496. A Mass of Christian burial will be held Friday at 9:30 a.m. in Saint Titus Church with Father Paul Householder. Friends and family are asked to go directly to the church Friday morning at 9:30 for the Mass honoring Red’s life.

Lawrence &#8220;Red&#8221; Agostine, 83 of Aliquippa passed away unexpectedly August 2, 2015.Born August 11, 1931 in Aliquippa he was the son of the late Lorenzo and Elvira (Piroli) Agostine. In addition to his parents Red was preceded in death... View Obituary & Service Information

The family of Lawrence "Red" Agostine created this Life Tributes page to make it easy to share your memories.

Send flowers to the Agostine family.