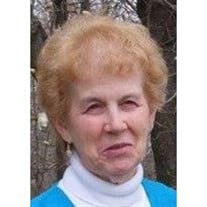 Karen Louise (Highberger) Yoko, 70, of Raccoon Township, was called home to receive her heavenly reward on February 3 after completing her 25-year sacrificial journey of carrying the cross of cancer. Born on March 10, 1945, the daughter of James W. "Bill" and Avis Louise Highberger, she was a life-long resident of Raccoon Township. Karen married her Hopewell High School sweetheart, Richard Yoko, on September 29, 1962 at St Titus Catholic Church, Aliquippa. In 2012 they renewed their vows for their 50th wedding anniversary with a surprise (to her) ceremony during a family vacation to the Outer Banks, NC.Her career was really her children and grandchildren, and she was determined to fight the good fight and be active with them as long as should could. Karen worked with the many family businesses over the years, including Martha?s Kitchen (Coraopolis) and Whisper Creek Log Homes. She mostly enjoyed working as the personal tax preparer for hundreds of area residents for over 40 years beginning back in the 1970s at Adkinson Agency on Franklin Avenue and H&R Block in Aliquippa. Karen also was the tax collector in Raccoon Township for six years. She became a Certified Medical Assistant while working at Heritage Valley Medical Group, Karen was ever-present at Raccoon Elementary and Hopewell school activities and events for 50 years. She was active in the Junior Women's Club, Girl Scouts, Boy Scouts, PTA, Fellowship Squares, Hopewell Band Boosters, and the St. Titus Christian Mothers and Womens Guild. She treasured her long-standing friendships with her former neighbors and classmates. She was preceded in death by her parents, brother, Ronald (2013), and daughter, Jennifer, at birth (1970).Karen is survived by "the best husband a woman could ask for," Richard Yoko and their children, Greg and Kim Yoko (Dubuque, IA), Tim and Pamela Yoko (Murfreesboro, TN), Chris and Dede Yoko (Smithfield, VA), Charissa and Brian Schwartz (Raccoon Twp, PA); 10 grandchildren: Zeb, Ben, Emily, Christopher (Bridget), Brandi, Kayli, Ashlyn, Bethany, Richie, and Alexander; and one great-granddaughter, Ivy; a sister-in-law Judy Highberger, and three brothers-in-law, Charles (Donna) Yoko of Apalachin, NY, Allan (Carol) Yoko of Beaver, PA, and Gary (Kathy) Yoko of Lexington, KY and many nieces, nephews, and cousins.Friends will be received Sunday from 1-6 p.m. in the Anthony Mastrofrancesco Funeral Home Inc. 2026 McMinn Street, Aliquippa 724-375-0496. Departing prayers will begin at 9:00 a.m. Monday in the funeral home followed by a Mass of Christian burial at 9:30 a.m. in St. Titus Catholic Church, with Father Paul Householder. Entombment will follow at Mount Olivet Catholic Cemetery Mausoleum, Hopewell.The family is eternally grateful to Dr. Stewart Lancaster of UMPC for his decades of care and would like to thank all the doctors, nurses and staff at Good Samaritan Hospice at Heritage Valley.In lieu of flowers, donations may be if desired, to St. Titus Roman Catholic Church, 952 Franklin Ave., Aliquippa, PA 15001 in memory of Karen.

Karen Louise (Highberger) Yoko, 70, of Raccoon Township, was called home to receive her heavenly reward on February 3 after completing her 25-year sacrificial journey of carrying the cross of cancer. Born on March 10, 1945, the daughter of James... View Obituary & Service Information

The family of Karen Louise Yoko created this Life Tributes page to make it easy to share your memories.

Send flowers to the Yoko family.