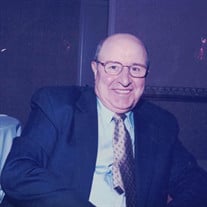 Joseph “Coolie” Patrizi, 84 of Aliquippa passed away peacefully in his home after an extended illness on March 7, 2020. Joe was born on November 5, 1935 and raised in Ferentino, Italy. He was the son of late Ambrose and Domenica (Celletti) Patrizi. In addition to his parents he was preceded in death by two brothers: Ercole and Fred Patrizi and his former wife, Marie (Cerelli) Patrizi. Joe began his journey to America in 1956 where he started a family in Aliquippa, Pennsylvania. Starting his career as an auto body technician, Joe worked his way to owning his own auto body business, Patrizi’s Autobody. Over the years, his expertise and work ethic built him a reputation of producing high quality work with impeccable attention to detail. In 1976, he opened Coolies Bar & Restaurant, where he created countless fun memories. Gardening, golfing with friends, cooking Sunday dinners with his family, watching Steelers & Pirates games and playing 500 Rummy with Rich were some of the many interests and passions of Joe. He was also a member of the Five Fun Ghouls, a makeshift band using handmade instruments. He took great pride in the band’s accomplishment of raising hundreds of thousands of dollars for Beaver County’s Give a Christmas Fund. Most of all, Joe loved spending time and laughing with family and his grandchildren. He was always known for a quick-witted joke or two and could always lift your spirits. Joseph is survived by his two devoted daughters: Annmarie and Michael Reed, Center Twp. and Christine and Richard Springer, Hopewell Twp. Four grandchildren: Kevin Reed (Cassie Sharp), Natalie Springer (Matt Bronoske), C.J. Reed and wife Marissa, Steven Springer (Allison Crouse). Joseph is also survived by his brother Henry Patrizi, Italy. A special thanks to each of his caregivers for whom he had a nickname for each one of them (Rootbeer, Anvita, Carlin, Motormouth, Barb, Geeze Louise and Joanie Bologna). You are all truly angels. Visitation will be Wednesday from 3-7 pm at Anthony Mastrofrancesco Funeral Home. 2026 McMinn Street, Aliquippa, PA 15001 724-375-0496. Departing prayers will begin Thursday in the funeral home at 9:30 am followed by a Mass of Christian Burial at 10 am in St. Titus Church. Entombment will follow at Mt. Olivet Cemetery. In lieu of flowers, donations may be made to St. Jude’s Hospital and the Beaver County Humane Society.

Joseph &#8220;Coolie&#8221; Patrizi, 84 of Aliquippa passed away peacefully in his home after an extended illness on March 7, 2020. Joe was born on November 5, 1935 and raised in Ferentino, Italy. He was the son of late Ambrose and Domenica... View Obituary & Service Information

The family of Joseph "Coolie" Patrizi created this Life Tributes page to make it easy to share your memories.

Send flowers to the Patrizi family.