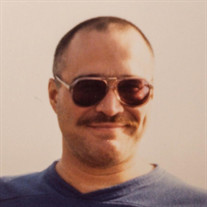 Joseph Samuel, 67, of Aliquippa, PA, passed away at home on Thursday, December 2, 2021 after a brief illness. Born October 20, 1954, in Sewickley, PA, “Jay”, as he was called by family, was the son of the late August and Irene (Zelenak) Samuel. In addition to his parents, he was preceded in death by a sister, Roberta, and a brother-in-law, Alex Psomas. Joe is survived by three brothers, Vincent, John, and Anthony Samuel, all of Aliquippa, and four sisters and three brothers-in-law, Mary Ann Psomas, Aliquippa, Christina and Brian Martin, of Orlando, FLA, Bernadette Samuel and Donald Barnat, of Beverly Hills, CA, and Irene and Keith George, of Oakdale, PA. He is also survived by his niece, Natalie Martin, and two nephews, Brian Martin and Eyan George. Joe recently retired from Bruce Mansfield Power Plant where he was employed for over 30 years. He was a 1972 graduate of Aliquippa High School where he was known by classmates as “Joe Sam.” An alumnus of Penn State University, Joe possessed a brilliant mind and was an avid reader and deep thinker. He loved nature, and taking long walks at Brady’s Run Park. Joe was a calm and generous soul who is survived also by the many cats he rescued and took in as family. Due to the COVID-19 pandemic, there are no plans for a memorial service at this time. In lieu of flowers, contributions can be made in Joe’s name to the Beaver County Humane Society, 3394 Brodhead Road, Aliquippa, PA 15001. The family requests privacy at this time.

The family of Joseph "Jay" Samuel created this Life Tributes page to make it easy to share your memories.

Joseph Samuel, 67, of Aliquippa, PA, passed away at home on Thursday,...

Send flowers to the Samuel family.