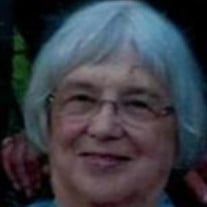 Janet Lee (Grossglass) Laird,85 of Hopewell Twp. passed away after an extended illness on December 15, 2020. She was born in Monaca, PA on July 29, 1935 and was the daughter of the late James Leroy and Catherine (Trella) Grossglass. In addition to her parents, she was preceded in death by a brother John Carl Grossglass. Janet was a graduate of New Brighton High School and Geneva College with a bachelor’s degree in education. While at Geneva College, Janet was a cheerleader and selected to be on the May Court. When her children were in school, Janet was active with the PTA and in charge of youth Sunday school classes at her church. She was a teacher for Monaca and Hopewell Area School District. Janet was a member of Ohio United Presbyterian Church, Hopewell Township,PA. She was an avid Steelers Fan and enjoyed playing cards. She was a member of the former Hopewell Civics Club. She enjoyed attending Hopewell High School football and basketball games. She was also a member of AAUW. Surviving is her beloved husband of 62 years,who took wonderful care of Janet, Everitt H. Laird, Jr. Three children: Leonard “Lenny” Laird and Linda Cozma, Phillip and Pamela Laird, Julie (Laird) and Aaron Smith. Four grandchildren, Leonard “Chip” and Sarunya Laird, Benjamin Laird, Dr. Courtney (Laird) and Dr. Chris Murray, James Smith and two great grandchildren, Nolan Murray and Eliana Laird, two sisters and brothers-in-law, MaryAnn and Bill Swick and Karen and John “Bean” Barr, a sister-in-law, Jan Grossglass and numerous nieces, nephews and cousins. A private service was held at Anthony Mastrofrancesco Funeral Home Inc. 2026 McMinn Street, Aliquippa 15001 724-375-0496. Burial followed at Sylvania Hills Cemetery. Donations may be made if desired to Ohio United Presbyterian in memory of Janet.

Janet Lee (Grossglass) Laird,85 of Hopewell Twp. passed away after an extended illness on December 15, 2020. She was born in Monaca, PA on July 29, 1935 and was the daughter of the late James Leroy and Catherine (Trella) Grossglass. In addition... View Obituary & Service Information

The family of Janet Lee (Grossglass) Laird created this Life Tributes page to make it easy to share your memories.

Send flowers to the Laird family.