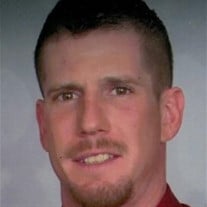 James Lee Duncan, Jr. 43 of Aliquippa passed away November 5, 2017 surrounded by his loving family after a courageous battle with lung cancer. He was born October 29, 1974 in Sewickley, PA and is the son of Georgene (Unis) Duncan and the late James Lee Duncan, Sr. Jim was a graduate of Quigley Catholic High School and Gannon University graduating with a degree in Industrial Distribution. He was a proud member of the Tau Kappa Epsilon fraternity. Jim was employed by Laborers Union #833, New Brighton, where he worked as a Laborer and was currently the Assistant Business Manager and President of the Union Hall, and had previously served as Auditor, Recording Secretary, and Vice President. He was a member of Saint Titus Catholic Church, Aliquippa. Jim enjoyed spending time at The Pines, hunting, fishing, being outdoors, traveling and going on special dates with his daughters. Jim is survived by his greatest passion, his wife and daughters: Tracey (Geci) Duncan whom he began dating in 1999 and married in 2004. Three daughters who Jim adored: Jaylee, Delana and Lennon. His mother, Georgene Duncan, two brothers and sisters-in-law: Fred and Cherie Duncan, Steve and Christine Duncan, his mother-in-law and father-in-law: Char and Don Geci, numerous brothers-in-law and sisters-in-law from the Geci family along with numerous nieces, nephews and many wonderful friends. Visitation will be Thursday from 3-7 pm in the Anthony Mastrofrancesco Funeral Home Inc. 2026 McMinn Street, Aliquippa 724-375-0496. A Mass of Christian burial will be held Friday at 10:00 am in St. Titus Church. Everyone is asked to please meet at the church. In lieu of flowers donations may be made, if desired, to the funeral home in care of Jim’s three daughte

James Lee Duncan, Jr. 43 of Aliquippa passed away November 5, 2017 surrounded by his loving family after a courageous battle with lung cancer. He was born October 29, 1974 in Sewickley, PA and is the son of Georgene (Unis) Duncan and the late... View Obituary & Service Information

The family of James Lee Duncan Jr. created this Life Tributes page to make it easy to share your memories.

Send flowers to the Duncan family.