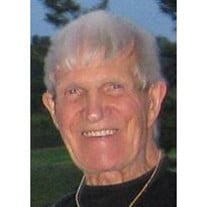 Frank Spennati, Sr., 86, of Center Twp., went to the arms of our Lord and his beloved wife on Wednesday, September 2, 2015. He was born June 12, 1929, in Mt. Union, PA and was the son of the late Antoninna Spennati. In addition to his mother, he was preceded in death by his wife of 52 years, Virginia Spennati; three brothers, Guido, Scunia, and Louis, and five sisters, Jenny, Chesterine, Jean, Helen, and Margaret. In addition, he was also preceded in death by an adopted son, Billy Booher and a brother-in-law, Gene Horne. Frank was a faithful member of St. Titus Roman Catholic Church, Aliquippa and for the past several years Saint Frances Cabrini Church, Center Twp. He honorably served our country in the U.S. Army in the 82nd Airborne Division as a paratrooper. Frank was a retired employee of LTV Steel with over 32 years of service. He had a strong work ethic. Frank was the most selfless, loving and supportive, husband, father and grandfather. He became an esteemed Golden Glove Boxer and Trainer. He was the proud recipient of the Ezzard Charles Award for sportsmanship. Frank continued to maintain his health and fitness throughout his life. He also was an avid bowler. The most important part of his life was his family. He and his wife proudly raised seven children who survive him: Rebecca Fratangeli, Patricia and Darell Miller, Frank Spennati, who lovingly took care of his dad as Frank Sr. resided with his son, Robert and Renee Spennati, Amy Pulley, Jackie and Rose Booher, and Kathy and Dennis Bryon; four grandchildren, Brandy Miller, Amanda Fratangeli, Melissa Fratangeli, and Jonathan Pulley and two great-granddaughters, Isabella and Madalyn Miller. Frank is also survived by his sister, Genevive Horne, numerous nieces, nephews, cousins and friends. The Spennati family would like to extend a special thank you to Cliff and Carlene for being such good neighbors and friends.Visitation will be Friday from 2 to 4 and 6 to 8 p.m. in the ANTHONY MASTROFRANCESCO FUNERAL HOME INC., 2026 McMinn St., Aliquippa, 724-375-0496. Departing prayers will begin at 8:45 a.m. Saturday morning in the funeral home followed by a Mass of Christian burial in Saint Frances Cabrini Church with Father Martin Bartel, O.S.B. officiating. Interment will follow at St. John Cemetery, Monaca. The Beaver County Special Unit will perform military honors at 10:30 a.m. at the cemetery.A parish vigil service will be held at 5:45 p.m. in the funeral home on Friday.

Frank Spennati, Sr., 86, of Center Twp., went to the arms of our Lord and his beloved wife on Wednesday, September 2, 2015. He was born June 12, 1929, in Mt. Union, PA and was the son of the late Antoninna Spennati. In addition to his mother,... View Obituary & Service Information

The family of Frank Spennati, Sr. created this Life Tributes page to make it easy to share your memories.