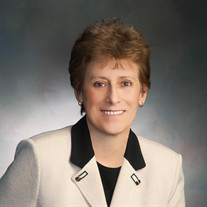 It is with profound sadness that we announce the peaceful passing of Donna Kuga.  Donna was born on June 14, 1956 and died on March 8, 2017. She was a lifelong resident of Beaver County. Donna is survived by her mother, Lubi Kuga; two sisters, Linda Kuga Pikulin and April Kuga; and, one brother, Curtis Kuga.  She is preceded in death by her father, Peter Kuga. Donna was surrounded by her loving family and dearest friend, Angie Latess when she passed away. Donna retired in 2016 from Penn State University after enjoying a 35 year career at Penn State Beaver Campus.  She began her academic career earning her Bachelor’s Degree from Penn State In May 1978.  Four years later, she received her Master’s Degree from Slippery Rock and continued her education at the University of Pittsburgh receiving her Doctorate in Education in August 1990. Donna taught as an instructor for nine years at Penn State Beaver before her appointment as an Assistant Professor in August 1990.  She assumed the role of Acting Director of Academic Affairs in 1997.  In 1998, she was appointed Director of Academic Affairs, a highlight of her career.  In 2014, she assumed the position as Interim Chancellor of Penn State Beaver prior to her retirement.  Donna was a committed and passionate educator.  A student once wrote “Dr. Kuga was one of the best instructors I have ever had in the Penn State System. Donna was loved and respected by so many people.  Family and friends are welcome to attend a Celebration of Donna’s Life which will be held on Sunday, April 2, from 1-4pm at the Seven Oaks Country Club, 132 Lisbon Road, Beaver. A private cremation has been arranged by Anthony Mastrofrancesco Funeral Home Inc. 2026 McMinn St. Aliquippa, PA 15001.  Donna’s ashes will be laid to rest at a later date. The family wishes to thank Dr. Barry Lembersky and the Hillman Cancer Center and UPMC Shadyside for taking such wonderful and compassionate care of Donna.  Flowers are gratefully declined and donations can be directed to the American Breast Cancer Society.

It is with profound sadness that we announce the peaceful passing of Donna Kuga.  Donna was born on June 14, 1956 and died on March 8, 2017. She was a lifelong resident of Beaver County. Donna is survived by her mother, Lubi Kuga; two sisters,... View Obituary & Service Information

The family of Donna Kuga created this Life Tributes page to make it easy to share your memories.

It is with profound sadness that we announce the peaceful passing...

Send flowers to the Kuga family.