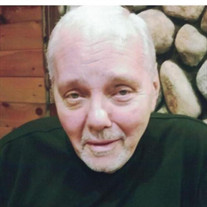 Arnold “Arnie” D. Agresti, 79, of Aliquippa, passed away on May 8, 2022 surrounded by his loving family in Clearwater, Florida. Born October 1, 1942 in New Brighton, PA he was the son of the late James F. Agresti and Kathryn M. Agresti (Marocco). In addition to his parents, he was preceded in death by his mother-in-law, Ruth M. (Otto) Fellows and a brother-in-law, Arthur Fulton. Arnold worked for over 25 years as a welder for J&L Steel and LTV Steel and later for Installer’s Supply. As a young man of 13, Arnold began laying cement, brick, and block with his uncle, who he thought of as a brother, Vince Morocco. Arnold was very active in several sports that his sons participated in when they were young by coaching Aliquippa and Hopewell Youth Football, Hopewell Youth Baseball, and being a member of the Hopewell Quarterback Club. Arnold was also a member of Mary Quuen of Saints Parish (Our Lady of Fatima). Above all, Arnold loved his family. He and his wife, Karen, were married for over 58 years and they loved one another unconditionally. Arnold was an incredible father to his three children. He always encouraged and supported them when they were children and his guidance continued as they grew older. His grandchildren adored their “PapPap” and he loved them beyond words. They were very fond of listening to his many stories and they loved his baked ham, to the point where his granddaughter nicknamed “PapPap Ham.” Arnold’s many life passions included hunting, fishing, and caring for his beloved family’s dogs throughout the years (Mugsy, Queenie, Tabby, Mic a Mic, Sasha, and Caesar). He enjoyed spending time at Lake Erie and at his Uncle Vince’s camp. Later in life, he & his wife spent the winter months in Clearwater, Florida, which he thought of as his second home. Arnold enjoyed being surrounded by family and friends, who remember him for his quick wit and sense of humor, the stories he told, his knowledge of History and Geography, and his infectious laughter. Some of Arnold’s hobbies included gardening, reading, and wine making. Arnold is survived by his wife, Karen S. (Otto) Agresti ; his son and daughter-in-law Arnold Agresti Jr and Kim (Linderman) Agresti, his son Eric J. Agresti, his daughter-in-law Carolyn Belich, his daughter and son-in-law Holly Agresti-Rhodes and Richard Rhodes of Aliquippa; his three grandchildren Zachary Agresti, Roman, and Riley Rhodes; his sister Kathy Agresti, Three sisters-in-law and two brothers-in-law: Patricia Fulton; Barbara and Tony Perricelli, Terry and Renee Otto, numerous cousins, nieces, and nephews who have enjoyed his company for years. He is also survived by life-long best friends, Tony Cercone and Jerry Turner. The Agresti family would like to thank his niece and her husband, Erin and Kenny Marcum, for all that they have done during this difficult time. In luei of flowers, please make donations in memory of Arnie to St. Jude Children’s Research Hospital. Visitation wil be Thursday from 3-7 pm in the Anthony Mastrofrancesco Funeral Home Inc. 2026 McMinn Street, Aliquippa, PA 15001 Departing prayers will be held Friday, 9:30 am in the funeral home followed by a Mass of Christian burial at 10:00 am in Our Lady of Fatima Church. Interment will follow at Mt. Olivet Cemetery.

The family of Arnold D. Agresti created this Life Tributes page to make it easy to share your memories.

Send flowers to the Agresti family.