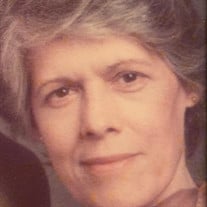 Antoinette “Tetta” (Fortunato) Barletta, 98, of Aliquippa passed away July 29, 2020. She was born July 4, 1922 in West Aliquippa and was the daughter of the late Emilio and Lesena (Morenda) Fortunato. In addition to her parents she was preceded in death by her beloved husband Sebastian Barletta, two sisters: Josephine (Carmine) Martella and Rose (Emideo) DiBenedetto, three brothers: Serafino (Jean), Dominic, and Frank Fortunato, and sister-in-law Dolores Fortunato. Antoinette was a former member of St. Joseph Catholic Church in West Aliquippa and was a current member of St. Titus Catholic Church, Aliquippa. She was an extremely talented seamstress having sewn many wedding dresses, habits for nuns and priests, and banners for the church. Antoinette also enjoyed crafting and was well known for her Christmas keepsake ornaments. She never ceased to amaze everyone with her innovative ways and attention to detail in everything she did. Her family always looked forward to enjoying her signature cookies, delicious pies, and homemade pasta at every family gathering where her laughter and presence will be greatly missed. Antoinette was a loving mother and grandmother to her three children who survive her: Frances and Dr. John Ross, Bernadette and Dr. Thomas Sullivan, and Lawrence Barletta; six grandchildren: Annette and David Metzger, Christopher and Deborah Ross, Angela and William Tzilkowski, Gina and James Durkin, Mark and Angelica Sullivan, Jennifer and Steve Shellist; and thirteen great grandchildren. Antoinette is also survived by a brother Ben Fortunato, sister-in-laws Madaline Fortunato and Rosalind Fortunato, and numerous cousins, nieces, and nephews. A private Blessing service was held at Anthony Mastrofrancesco Funeral Home Inc. 2026 McMinn Street, Aliquipa, 15001 724-375-0496. Antoinette was laid to rest with her husband at Mt. Olivet Cemetery. A celebration honoring Antoinette’s life will be announced at a later date. The family would like to extend their gratitude to the staff of Beaver Healthcare and Rehabilitation Center for the wonderful care Antoinette received.

Antoinette &#8220;Tetta&#8221; (Fortunato) Barletta, 98, of Aliquippa passed away July 29, 2020. She was born July 4, 1922 in West Aliquippa and was the daughter of the late Emilio and Lesena (Morenda) Fortunato. In addition to her parents she... View Obituary & Service Information

The family of Antoinette (Fortunato) Barletta created this Life Tributes page to make it easy to share your memories.

Send flowers to the Barletta family.